The steep ascent on winding paths to Filsen begins at the viewing pavilion with views of Boppard. It's not far from here to Osterspai.

We usually learn that the Rhine flows from Basel in the south to north and only once flows westwards: in the Rhine District, where the vineyards bow to the sun in the south. But if you look more closely you will find a double loop just behind Kamp-Bornhofen. Here, the Rhine curves in two 180 degree turns. The island-like slope, around which the river flows, rises from the river like a finger. 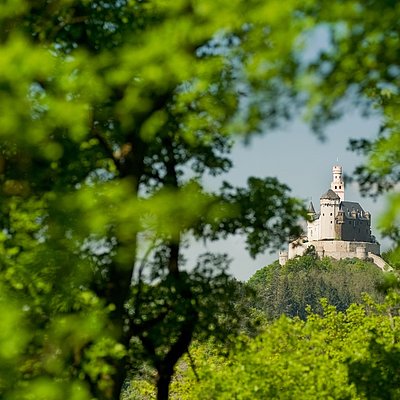 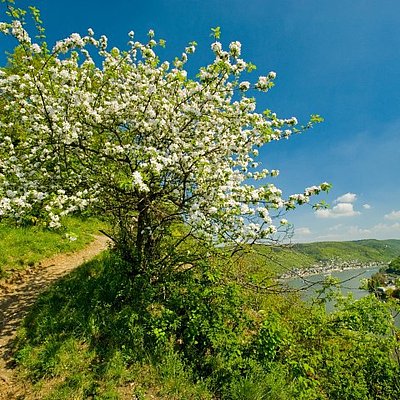