The Geiersteine tour is a short, varied premium tour that impresses with its diversity and variety. On narrow paths and springy forest paths, you pass mighty sandstone formations such as the Hornstein (1.5 km). But also smaller, bizarre rock formations in bright red colors line the route. So you have enchanting and delightful views whether from the (2.5 km) "Geiersteinen" (3.2 km) "Runden Hut" or from the "Hornstein". Views of the Reichfest Trifels near Annweiler, to the wine region of the Southern Wine Route or the small villages of the Palatinate Forest such as Lug with its imposing Friedrichsfelsen, which is popularly known as "Luger Fritz". By the way: the silhouette of the Geiersteine in the direction of Wernersberg resembles the shape of a kite with a little imagination. The route leads over the districts of the two communities Lug and Wernersberg 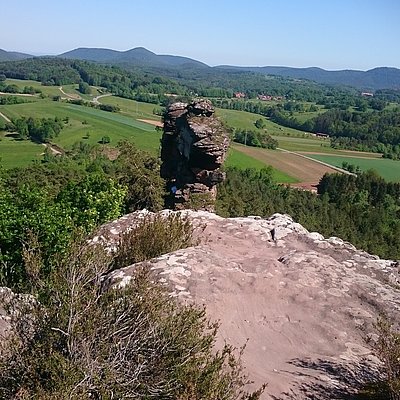 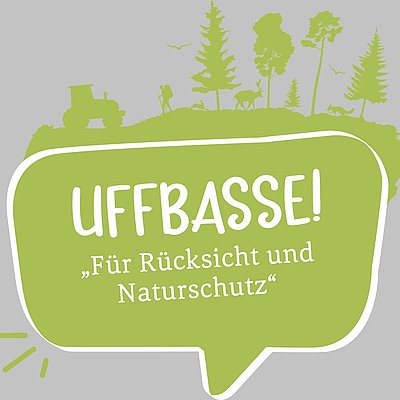 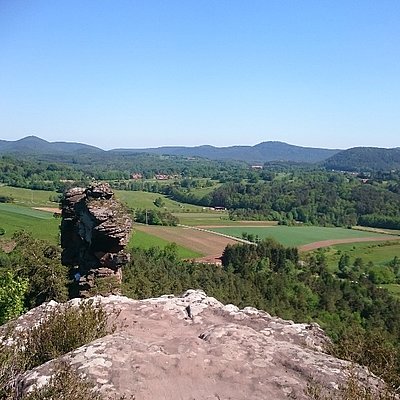 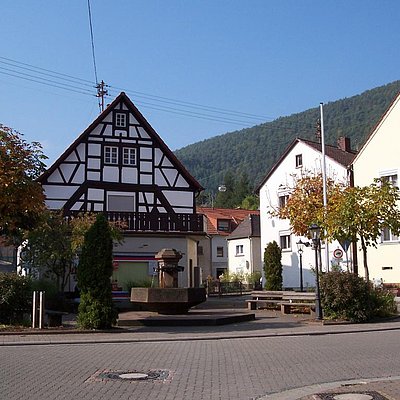 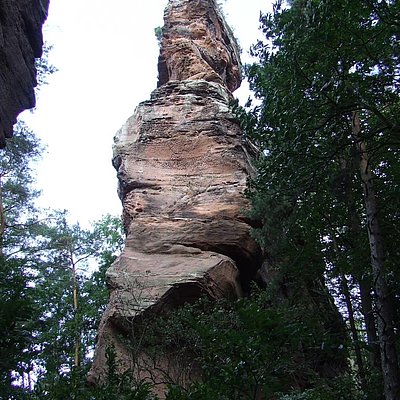 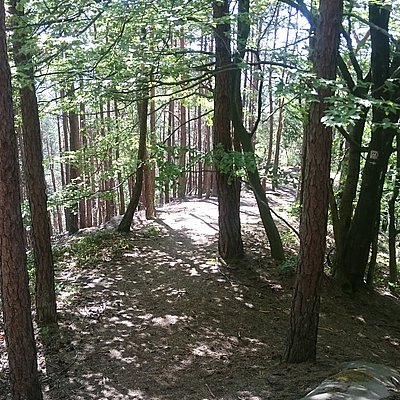 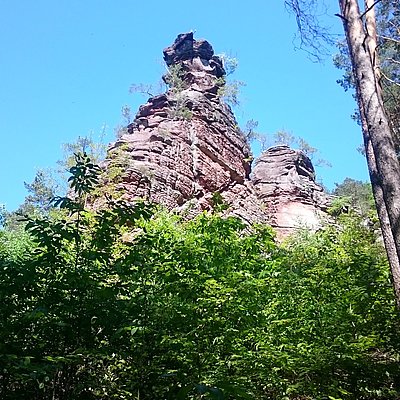 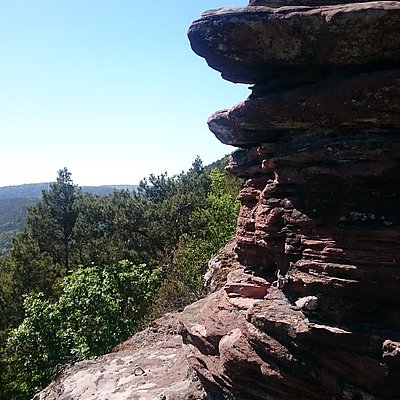 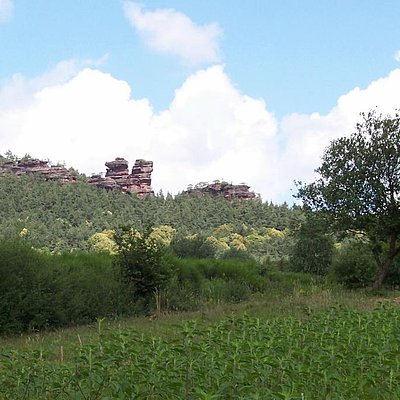 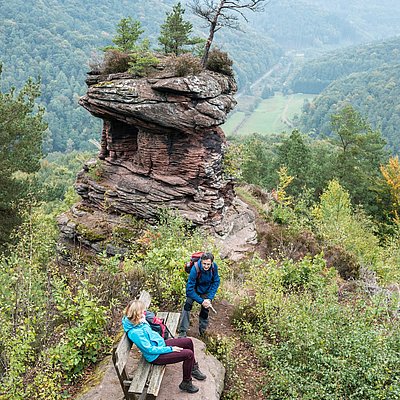