The Ahr cycle path can be ridden in different individual stages, because the sights along the way invite you to spread the 77 kilometers over several days.

With a little fitness, the tour could be done in one day, but why? There is so much to see along the way that it is worth making long stops. The culinary refreshment stops tempt you to take your time.

The start is at the source of the Ahr, in Blankenheim. The river meanders to Sinzig. The tour is also suitable for less experienced cyclists, as the route runs over long distances over former railway lines. Several bridges are crossed and a tunnel is crossed. Nine viaducts cross the path.

Insul is one of the places where cyclists should definitely stop. The impressive Prümer Tor natural monument, with its impressive width of 6 to 8 meters and a height of 12 meters, was created solely by the power of the water. The feudal people of the Ahrgau once drove their tithes on carts through the Prüm Gate. At the “gold hole”, visitors immerse themselves in the world of mining. It was abandoned in the 1930s, but the population continued to use the tunnels. During World War II it was a refuge and later an adventure playground for the children.

The theme of wine accompanies the tour in many places; for example at the Marienthal monastery ruins. The Augustinians founded the monastery in the 12th century; today the church ruins are often used for concerts. Next door is a winery with a bar. The route also leads through wine villages such as Altenahr. So there is plenty of variety. In the evening, the stage can be wonderfully ended in one of the ostrich taverns. Cyclists can review the tour over a glass of wine - everyone has probably discovered a different, very special favorite place for themselves. 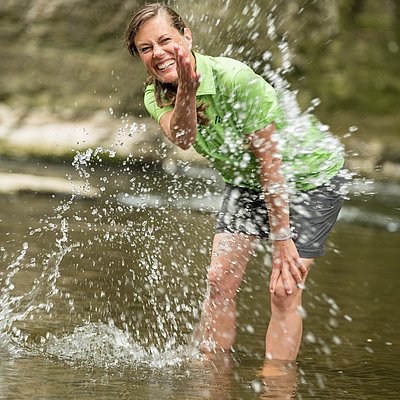 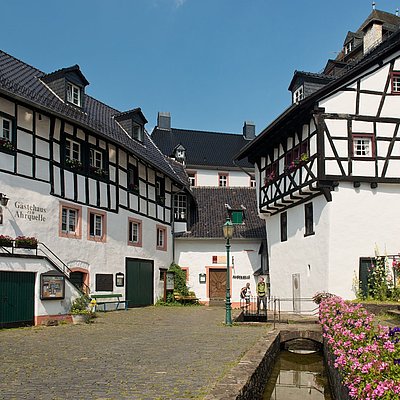 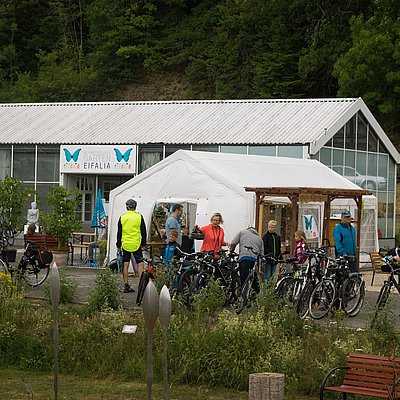 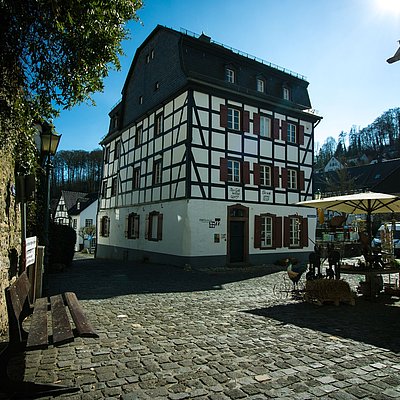 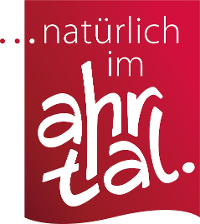