The Kyrburg - landmark of the town of Kirn - was a main castle of the Wildgrafen. It was first mentioned in 1128 in a document of Count "Emich de Kirberc" and his brother Gerlach. In the Middle Ages, the Wildgrafen ruled from their castles Kyrburg, Schmidtburg and Dhaun, important passes from the Nahe to the Moselle and, as holders of a "landgraviate", shaped political events in the Nahe and Hunsrück regions. However, with the process of the formation of princely sovereignties beginning in the 13th century, disputes arose with the archbishops and electors of Main (13th century) and Trier (14th century) over supremacy in this area. In the peace treaty (1242), Wildgrave Konrad had to give the Kyrburg in fief to the archbishopric of Mainz. In the following period, internal family and inheritance disputes led to a reduction in the social and economic status of the wild count's family, which lost Schmidtburg Castle to the Archbishop of Trier in the 14th century. After the heirs of the Rhine Count married into the Kyrburg line, however, the House of the Wild Count rose again in the 15th and 16th centuries. In 1743, the Princes of Salm-Kyrburg took over the inheritance of the Wild and Rhine Counts of Kyrburg. The castle had a changing fate. During the 30 Years' War it was first occupied by the Spanish, then by the Swedes and finally by imperial troops. By order of the French Reunion Chambers, the French occupied the Kyrburg in 1681 and renewed its fortifications in 1689. After the Peace of Rijswijk, the walls were razed. In 1703, an imperial garrison repaired the damage. Under renewed French occupation, the fortress was finally demolished in 1734. A veto by the French king came too late. Prince Johann Dominik had a two-storey house built in the ruins around 1764 to house a small military unit. This is today's Kyrburg restaurant. After the conquest of the Near East by French revolutionary troops, the principality of Salm-Kyrburg was annexed by the French commanders in 1797. As a so-called "national estate", the castle was later bought at auction by the postmaster Ludwig Medicus. Since 1908 the princely family Salm-Salm in Anholt/Westphalia owned the Kyrburg, which was purchased by the town of Kirn in 1988. The Whisky Museum - The vaulted cellar of the Kyrburg houses one of the largest collections of whiskies (approx. 2,500 different bottles) in Germany, but the focus of the collection is on single malt whiskies from Scotland. Some bottles date back to the 19th century. The exhibits also include historical documents, as well as jugs, ashtrays and distilling equipment. Every year, whisky tastings are held in the vaulted cellar with welcome whisky, bagpipe music by the open fire, three-course menu, live music. 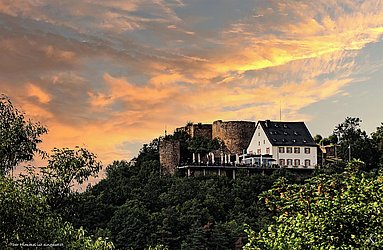 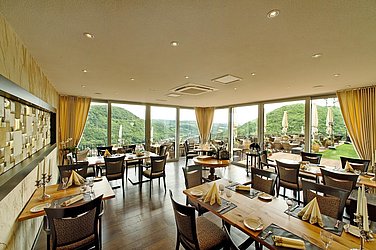 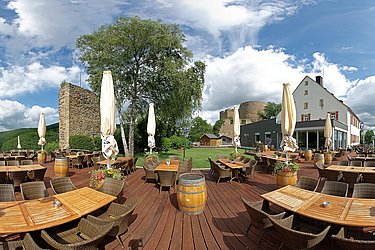 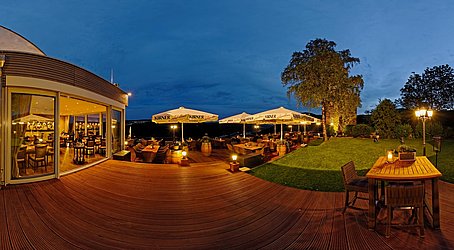 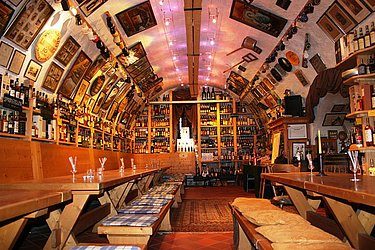 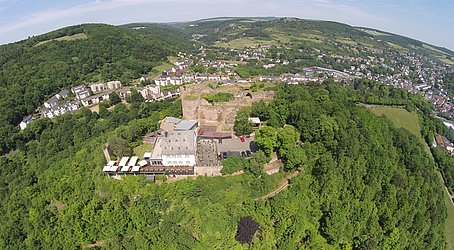