The Ehrenburg near Brodenbach is the former ruin of a spur castle, which has been carefully rebuilt over the past twenty years. It is situated on a rocky spur and overlooks the Ehrbach valley, a side valley of the Moselle. History of the Ehrenburg In 1161, Emperor Frederick I ("Barbarossa") settled a dispute over the ownership of the castle between the Archbishop of Trier and the Count Palatine of the Rhine. Ehrenburg Castle owes its first documentary mention to this circumstance. In 1331, the houses of Waldeck, Schöneck, Eltz and Ehrenberg join forces in the "Eltz Feud" against Archbishop Balduin of Trier. Four years later, the quarrelers commit themselves to peace in the "Eltzer Sühne"; the feudal charter of Frederick I is renewed. In 1397, the last Ehrenberger feuds with the citizens of Koblenz and destroys more than 200 houses there. One year later Ehrenburg passes in succession to Johann von Schönberg. In 1426 to Kuno III of Pyrmont, in 1526 to Philipp of Eltz, in 1561 to the Lords Quadt of Landskron and in 1621 to the House of Hoensbroich. In the course of the 30 Years' War, the Spaniards occupied the castle from 1640 to 1651. In 1668 Ehrenburg Castle passes into the possession of Baron von Clodt. On November 1, 1688, French soldiers under Louis XIV occupied the castle in the course of the Palatinate War of Succession and blew up large parts of the castle complex on April 30, 1689. Only the chapel was spared and was abandoned a century later. In 1798 the castle became the property of the Baron vom Stein. After the extinction of the vom Stein family, Ehrenburg Castle came into the possession of their heirs, the Counts in Kielmansegg in 1831, the Counts von der Gröben in 1867, and the Counts von Kanitz in 1924, and then into private ownership in 1991. Since 1992 the Ehrenburg has been maintained, restored and rebuilt by the non-profit Freundeskreis der Ehrenburg e.V. with private funds. Particularly noteworthy, however, are the many activities that take place at the castle throughout the year from Easter until the end of October. Especially in the summer, the attractive supporting program for children and adults with archery, guided tours, medieval crafts in the castle courtyard and much more attracts. The festivals and events on the grounds make children's hearts beat faster. Ehrenburg Castle is a very good example of how to reconcile history and the present. Parking: Parking is available free of charge. Gastronomy: The castle gastronomy is open: During the Ehrenburg experience, the maids serve cool and hot drinks, and the chef prepares delicious hearty and sweet dishes every day. 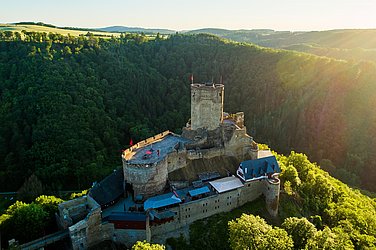 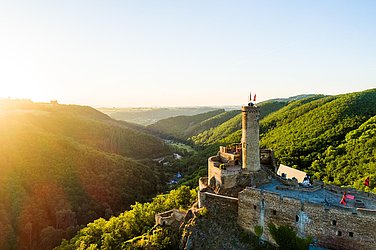 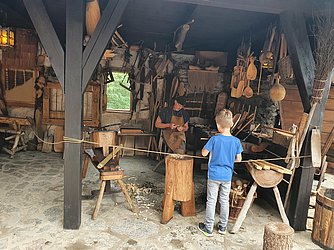 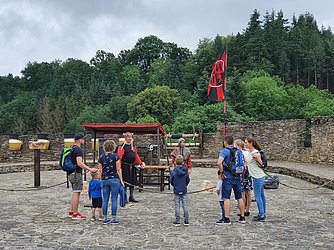 The Ehrenburg opens its doors to visitors during the day from the beginning of spring until November 1: Mondays to Saturdays 10 a.m. - 5 p.m.  Sundays and holidays 11 am - 5 pm