We are starting to rent out our idyllic forest house as a holiday home from summer 2021 after an extension phase. The garden and forest offer plenty of space to stay close to nature.
There is the possibility to barbecue, take walks in the forest, rest, read, go on excursions to nearby Trier or sit outside in the evening under the starry sky or under a roof. Ideal for taking a break from everyday urban life without the influence of the media.
The Schiefersteinhaus is situated on a plateau with plenty of midday and evening sun and is surrounded by a wooded hillside that has been growing on the abandoned vineyards for over 70 years. Below the property runs the Ruwer-Hochwald cycle path on the old railway line between Hermeskeil and Trier and the hiking route of the Saar-Hunsrücksteig. which runs right through the Hunsrück-Hochwald National Park.
There are several restaurants and wine taverns to stop at in the Ruwer valley. The nearest supermarket, bakery and pharmacy is two kilometres away. The local winegrowers offer wine sales directly on site. Another special feature of the area is the friendly and affable mentality of the people.

Trier, the oldest city in Germany, is 12 km away. Some of its historic cultural and architectural monuments from Roman times and other historical periods, especially the Baroque, are listed as UNESCO World Heritage Sites. You can take a day trip to the Porta Nigra, the amphitheatre, the Electoral Palace at the Palastgarten or the State Museum, also by bike, and experience the flair of the Moselle metropolis with its more than 2000 years of city history.
The region is and always has been characterised by its close borders with Luxembourg and France. The union across the national borders to form the greater region of Saarbrücken, Trier, Metz, Nancy and Luxembourg shows the cosmopolitan European approach of the region.

You book a forest house that lies outside a village and can be reached via a narrow, simple road without streetlights. After sunset and dusk, the night envelops the house.
We look forward to your booking! 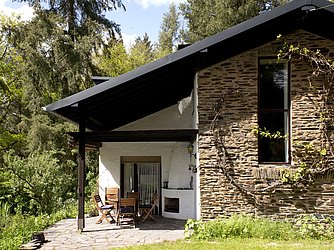 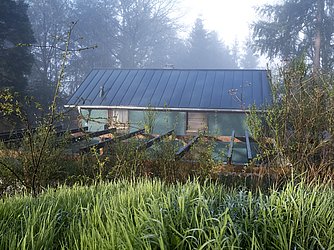 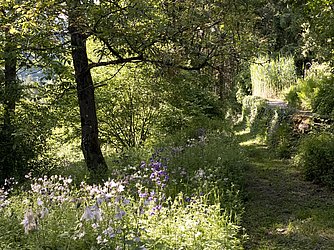 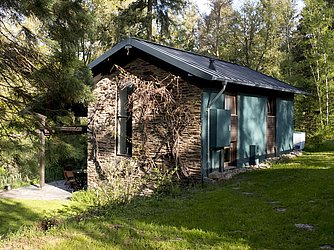 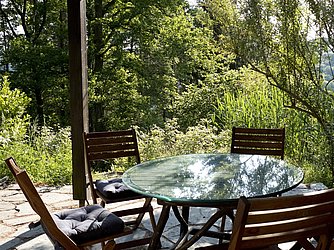