Rhineland-Palatinate is extraordinary, but also unique, with its seven UNESCO World Heritage Sites and the Vulkaneifel Nature Park and Geopark, which is recognized as a UNESCO Global Geopark. These sites all enjoy international renown and special conservation measures. With the Vulkaneifel UNESCO Global Geopark, the ShUM cities, the historic spa district in Bad Ems, the Lower German Limes, the Upper Middle Rhine Valley, the Roman buildings in Trier, the Upper Germanic-Rhaetian Limes and Speyer Cathedral, Rhineland-Palatinate can count a total of eight UNESCO awards.

Thanks to its magnificent baroque buildings, masterpieces of spa architecture and classicism, and 15 mineral springs, the Rhineland-Palatinate spa town of Bad Ems has been recognized as a World Heritage Site following a UNESCO decision on 24 July 2021. Together with ten leading spas throughout Europe that collectively form the ‘Great Spa Towns of Europe’, the holiday resort on the Lahn has been granted the highest international accolade that can be awarded to a cultural site. UNESCO’s decision acknowledges the outstanding cultural heritage of the town on the Lahn, heritage that is very much in evidence in the historic spa district.

In the Middle Ages, the Jewish communities in the cities of Speyer, Worms and Mainz along the Middle Rhine formed an alliance that still shapes the architecture, culture, religion and legislation of the Jewish diaspora throughout Central and Eastern Europe. Monuments, synagogues, women’s schools, houses of learning and the unique Jewish cemeteries in Worms and Mainz are all testament to the immense significance and innovation of the ShUM cities.

Two thousand years ago, a 385 kilometre stretch of the outer frontier of the Roman Empire ran through the Netherlands, North Rhine Westphalia and Rhineland-Palatinate. The UNESCO award comes as good news to the towns of Remagen and Bad Breisig, the Rhineland-Palatinate partners for the Lower German Limes from the Roman era. The far frontier of the Roman Empires covered what was then the course of the Rhine, which explains the alternative name of ‘Nasser Limes’ or ‘wet Limes’. As many as 30,000 soldiers were stationed along the Rhine to defend the Roman Empire.

One of the most impressive churches in the Western world is Speyer Cathedral, built as the burial place for the Salian Emperors. It is considered to be a major work of Roman architecture on German soil and never ceases to amaze visitors with its almost thousand-year-old, impressive grandeur. The crypt has remained unaltered to this day. It is the burial place of eight German emperors and kings, four queens and a number of bishops.

In Trier, the former Roman city of  "Augusta Treverorum" – also known as "the second Rome" – many buildings and monuments still provide evidence today of the former importance of the city on the Moselle. The Porta Nigra, the amphitheatre and the Imperial Baths are unique relics of the Roman Empire and form part of the UNESCO World Heritage Site, which also includes the cathedral and the Liebfrauenkirche or Church of Our Lady.

The entire Upper Middle Rhine Valley is designated a UNESCO World Heritage Site and is a captivating combination of beautiful natural countryside and important cultural landscape. The landscape with its cliffs, the River Rhine, steep vineyards, castles and historic towns and villages has a distinctly dramatic feel to it. The romantic Middle Rhine Valley between Bingen and Koblenz is steeped in myths and is a fabulously beautiful part of Rhineland-Palatinate!

Limes, Frontiers of the Roman Empire

The Upper Germanic-Raetian Limes is regarded as an exceptional monument, testimony to the Roman era and its culture. Built some 2000 years ago, the Limes separated the Roman Empire from the rest of the world along a length of 550 kilometres, between Regensburg and Koblenz. Today the German Limes Road runs where the Roman border wall once crossed the countryside, passing reconstructed towers and forts, museums and Roman monuments.

In November 2015, UNESCO recognised Vulkaneifel nature park and geopark (Natur- und Geopark Vulkaneifel) as a UNESCO Global Geopark. UNESCO Geoparks place a special emphasis on the geological, natural and cultural heritage of a region. They offer opportunities for environmental education and contribute to sustainable regional development with the active involvement of many stakeholders. Vulkaneifel nature park and geopark offers active discovery tours, including guided tours, all year round. 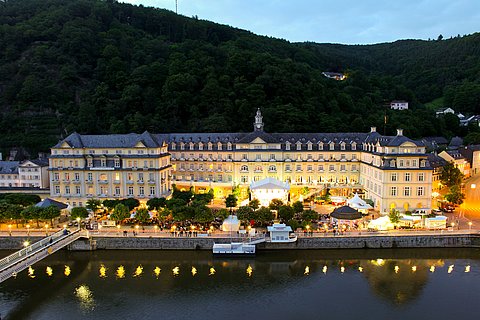 Bad Ems is considered the perfect example of a historic spa resort. As of 2021, the town has been awarded UNESCO World Heritage status together with 10 further spa resorts. 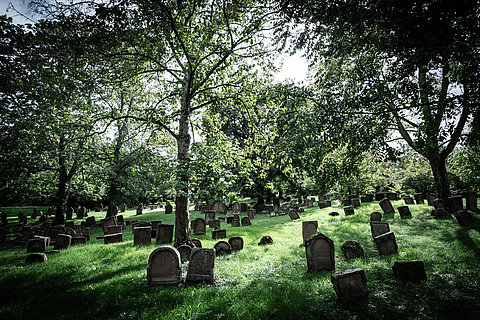 Discover incredible monuments to Jewish heritage in the ShUM cities of Speyer, Worms and Mainz. 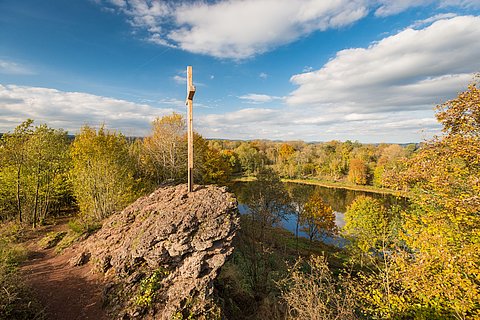 The Vulkaneifel Nature Reserve and Geopark covers an area of about 1,230 square km. Volcanic cinder cones and maars are typical of this region, and have given rise to the diverse cultural landscape.

The whole region here is a UNESCO World Heritage Site, with a charming combination of stunning nature and important cultural heritage. 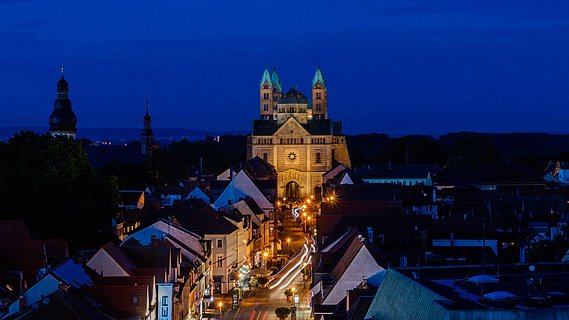 Speyer The cathedral of the diocese of Speyer, a Romanesque basilica founded prior to 1030 by Conrad II and consecrated in 1061 is one of Germany's most…
read more

Trier, Stadt Trier This is one of the cultural treasures of mankind that you should definitely have seen. Its timelessly topical message: unity in diversity.
read more

Trier, Stadt Trier This is the best-preserved Roman city gate north of the Alps and a UNESCO World Heritage Site. A truly impressive structure!
read more

Trier, Stadt Trier This monumental building is the largest surviving pillarless room from the ancient world and is a UNESCO World Heritage Site. You just have to see it!
read more

Trier, Stadt Trier This was once a Roman wellness oasis, the size of almost six football fields. One of the top addresses in the Imperium Romanum – and today a UNESCO…
read more

Trier, Stadt Trier 20,000 spectators fit into the amphitheater at Petrisberg in the metropolis of Trier, which emerged in the 1st and 2nd centuries AD. To visit today:…
read more 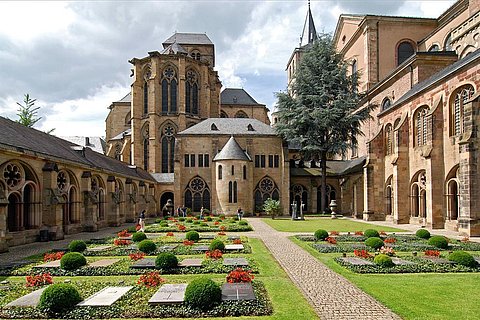 Trier, Stadt Trier Immediately next to the Trier Cathedral is the earliest Gothic church in Germany, the Liebfrauenkirche, built in the 13th century...
read more

Trier, Stadt Trier Would you like to walk across an original Roman bridge over the Mosel? In Trier you can. And this bridge is even a UNESCO World Heritage Site!
read more 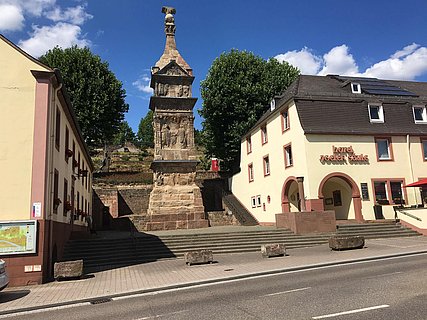 Igel UNESCO World Heritage Site Igeler Säule. The column was built in the first half of the 3rd century AD by a wealthy cloth merchant family. In November…
read more

Speyer Between 1084 and 1349, a strong Jewish community developed in Speyer. The ruins of the synagogue and the ritual bath are testament to this. Immerse…
read more

Worms Oldest Jewish cemetery in Europe with about 2500 graves. The oldest gravestone dates from 1058/1059 and documents the first great heyday of the Jewish…
read more 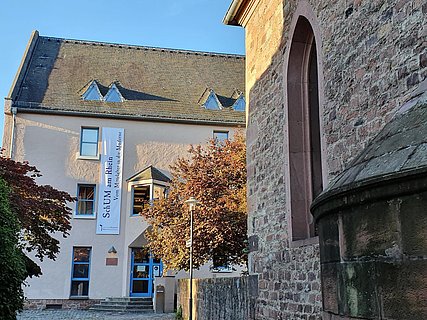 Worms Today's "Raschi House" is probably the site of the Jewish teaching house where the eminent Jewish scholar Raschi studied in the period around 1060.…
read more